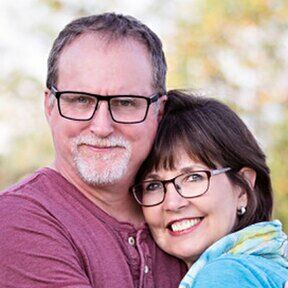 Andy and Tammy Fleming have served as full-time Evangelist and Women’s Minister for over thirty years in the International Churches of Christ (ICOC). Andy is a Canadian and Tammy an American, who met in the Boston church of Christ in 1985, and later married on the Stockholm mission planting in early 1987. Career missionaries, they have invested their lives in the churches in Scandinavia, the UK, Los Angeles, and the former Soviet Union. From 1991-1999 they lived in Moscow, Russia, during which time they oversaw the planting of 24 new congregations, the largest of which are currently Moscow and Kiev, each with over 1000 members. They have also worked with the ICOC’s administration, have overseen mission efforts in the Middle East, and currently serve on the ICOC Teachers’ Service Team and Catalyst Team. They are fluent in several languages and are published authors. Their daughter, Britain, (30) and her husband Max lead the campus ministry in Kiev, Ukraine, and their son Justin (21) is a disciple in in Seattle, Washington, USA. Andy is pursuing a Doctor of Ministry degree in Missional Leadership from Abilene Christian University (Texas) and Tammy is a certified Advanced Grief Recovery Method® Specialist. From their home in Kiev, they work in cooperation with the Greater Eurasian Mission Society and Eurasian churches’ leadership to strengthen the disciples in the churches they helped to plant and encourage them to remain true to the faith. (Acts 14:21-22)

Building a Strong Society: Lessons from the Book or Proverbs

Andy Fleming presents a series of lessons from the book of Proverbs in his Advice for Life Series. Proverbs shows the power of righteous living. Strength comes from wise decisions and Proverbs gives specific direction for building a great life and a great society.

These informative and enriching lessons were first presented to the church in Russia, at the Moscow Bible School in Moscow, Russia.

The Four practical lessons are:

Save this product for later

I’m so glad your your collection of quiet times have been published as they have had a life changing impact on me. Through them I saw the beauty and purity of having an honest and humble daily walk with God. Thank you Tammy.